The most recent data on homelessness is the following: 68.500 in the Czech Republic, 30.000 in Hungary, 33.408 in Poland are estimated to be sleeping rough on a single night with no official data from Slovakia. Moreover, recent comparative research has shown that post-socialist countries are leading in intolerance and prejudice among European countries. As the partners of the project claim, this has mainly been strengthened by populist and xenophobic discourse.

The main objective of the project is to contribute to a more inclusive and equal society and to decrease prejudice and intolerance against people experiencing homelessness and housing poverty in the Visegrad region. The Menhely Foundation, in cooperation with the Saint Brother Albert`s Aid Society, Theatre With No Home, and Naděje decided to involve NGOs with expertise in homeless services, so that majority groups in society can gain direct and authentic experience about homelessness, also from homeless people themselves.

Partner organizations implemented five theater performances, and nine sensitizing local actions in Visegrad countries to reach and sensitize diverse groups of society towards homelessness. As a part of the project, an interactive theater play called Addressless created by homeless experts of experience, a social worker, and a theater director was performed in order to reach a wide audience through art and emotions. The play was innovative and interactive, in which the audience got to know three different homeless life stories and had to make life decisions to survive. The performance aimed to target secondary school students and young adults, as their attitudes are still easy to form.

As a part of the project, the organisers collected the best practices from experts in the field, that were published in five languages (EN, CZ, HU, PL, SK) and compiled into a practical handbook for professionals both online and in print. By now, evidence has shown that tailored services, empowerment of homeless people, employment, and affordable housing show ways out of homelessness. In other words, the social inclusion of marginalized groups is possible only in an inclusive and tolerant social environment, which the project activities aimed to create. 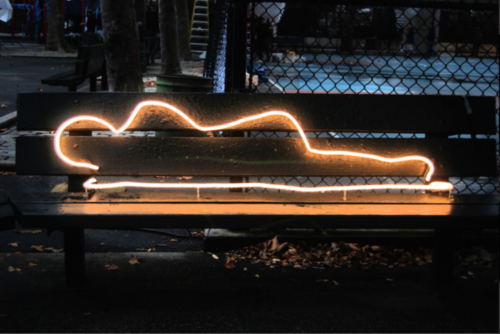