The Secondary Archive is an online research and database platform that presents non-Western — primarily Central and Eastern European — art through the lens of gender, covering the period after WWII through the present. The archive, an international project focusing on Central and Eastern Europe, is realised by the Katarzyna Kozyra Foundation, together with its partners Easttopics (Hungary) Björnsonova (Slovakia), and MeetFactory (Czech Republic). The platform gives free access to more than 250 female artists’ profiles, containing newly published artist and curatorial texts developed especially for the purpose of the archive. Representing three generations of artists from Poland, Czech Republic, Slovakia, and Hungary, the platform aims to help promote, discover, and rediscover female artists and the most valuable phenomena of contemporary art of our region.

The website and the database – unique on a European scale, serves to disseminate the common heritage in the field of contemporary art created by female artists in Visegrad countries, after the year 1989. The project aims to address the problem of a “white spot” and invisibility of women artists from the region of Central and Eastern Europe in the global art world in terms of the presence and the institutional representation of women artists from V4. To eliminate this geographical exclusion we need to cooperate between V4 to organize more significant art presentations for the international audience and art professionals and build reliable resources of information and its distribution. Multilevel cooperation between V4 art institutions enabled not only to preserve women artists’ heritage, but also to promote it, both within V4 and globally. It now sets new horizons for emerging artists and a better start for their careers.

Developed thanks to the efforts of a curatorial team of 30 curators from all V4 countries, the archive gathers the names of the key female figures of Central and Eastern European art, as well as those who have been wrongfully marginalized, forgotten, or remain little known to the general public. The name Secondary Archive, being a slight provocation and play on words refers to the fact that these countries have historically been considered “secondary” in relation to the First World, as well as that that women have always been the “second sex” to justify men’s dominance. At the same time, secondaryarchive.org is a platform that aims to challenge the given qualities of an archive and is conceived as a subversive space for discussion, where artists themselves are invited to reflect on their own practices. Created in close cooperation with the featured artists and local art professionals from their respective countries – curators, theorists, and writers – it remains an open form, assuming the possibility of expanding it with new entries of artists, but also polemics, articles, analytical essays and other texts written in the context of non-Western, European female art and feminism.

Despite the shifting situation of women in art, the position of the female artist remains secondary. The presence of a feminist discourse had played a major part in opening up the discussion of gender, including the – inequalities, challenges, and changing roles faced by the archetypical woman. At the same time, this discourse has strengthened the discrepancies between specific “women’s identities” in different European regions and highlighted gender differences in these countries, whereas the discussion of gender and emancipation was hardly developed. The aim of this archive is thus to explore these diverse sets of concerns by looking at the ongoing debates on gender, agency, (in)equality, citizenship, and women’s activism in post-state socialism.

The period covered by the archive embraces the artistic endeavors of three generations of women artists spanning from the 1960s onwards: from the first so-called neo-avant-garde generation that operated within the toughest period of communistic regimes, with a mediatic turn through a conceptual approach; to the second generation, which emerged in the 80s and 90s, having witnessed the opening effects of the Fall of Soviet Union in their early careers; and the third generation which, having come of age at the time of political changes that have reshaped the face of present-day Europe.

The invisibility of works of women artists from Central and Eastern Europe is the main problem that the project tried to solve. By gathering information and disseminating knowledge about their artistic lifetime achievements, more significant art presentations for the international audience and art professionals were organised. Multilevel cooperation between V4 art institutions not only enables us not only to preserve our common heritage but also to promote it both within V4 and on the global scale and sets new horizons for emerging artists and a better start for their careers. 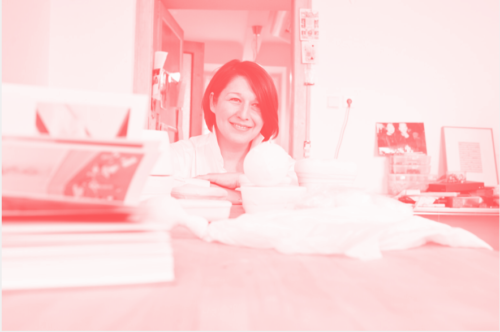