The Science Teens Platform set up a series of workshops and lectures organized with the goal to raise awareness of the importance of science among Ukrainian teenagers and children and to put them into an international scientific context through cooperation with tutors from the V4 countries. More than 64% of scientists of Ukrainian research institutions think, that conditions for scientists and popularity of this profession are decreasing. For this reason, the project aims to show the positive experience of countries V4, popularize science and as a result rise the awareness of importance developing science and technological entrepreneurship in Ukraine.

Altogether more than 700 children and teenagers signed up for 12 offline and 7 online workshops and lectures, where they acquired knowledge in an interactive way, outside of their classical educational classes. Children with their tutors covered three main topic areas – human, nature and space. Among other activities, participants got to create handmade comets, discover the anatomy of happiness, learn about the microbes living inside the human body, and see how does a space robot work. While the Covid-19 pandemic prevented the children from participating in some of the workshops and lectures in person, it gave the opportunity to another group of children living outside of Kyiv and its surrounding to join the project online.

Through direct connections to V4 scientists, the project gave children stimulus for scientific creativity and encouraged them to develop their own ideas in technology projects and start-ups. 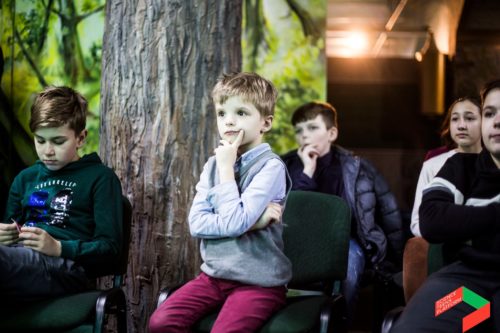