Audio Descriptions Across Borders receives Project of the Year Award 2018

On June 11, 2019, Executive Director Andor F. Dávid handed the award for Project of the Year 2018 to Paulina Pielech and Stanisław Brudnoch from Human Doc Foundation during a reception held in Bratislava on the occasion of the 19th anniversary of the establishment of the International Visegrad Fund.

The winning project Audio Descriptions Across Borders in the 3rd edition of the award was chosen by an online vote from among four regional initiatives nominated by the Visegrad Fund, after it received 2268 out of the total number of 3469 votes. To mark the occasion of the 10th anniversary of the Eastern Partnership (EaP) program between the countries of the European Union and six states from Eastern Europe, the candidates for this year‘s award were selected from among 40 Visegrad+ Eastern Partnership projects supported by Visegrad+ Grants in the EaP region.

The project Audio Descriptions Across Borders was implemented by a consortium of 11 project partners from Poland, Slovakia, Czechia, Ukraine, Belarus, Geogria and Moldova. Thanks to it, audio description experts from the participating countries exchanged best practices for removing social barriers in the Eastern Partnership (EaP) countries. As a result adjusted museum exhibitions and art collections were opened to offer new opportunities for blind and partially sighted people to enjoy art and heritage.

The Visegrad Project of the Year Award acknowledges regional initiatives with exceptional achievements and is awarded to organizations whose work supported by Visegrad Grants helps advance regional cooperation in Central, Eastern and South-Eastern Europe. It is awarded by Visegrad Fund since 2017. 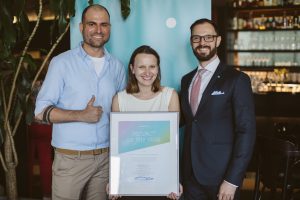 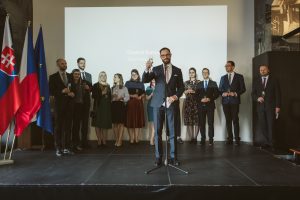